Well, "The Beast" has given up another load of gorgeous tumbled agates. After 4 stages and 16 days, here is what we got. 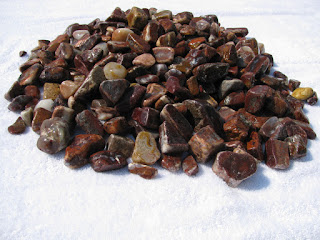 While we had a few pieces that had been cut previously, almost all of these were stones that we found. 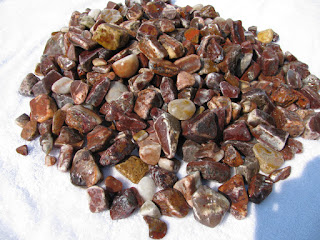 We noted some beautiful red and golden flame along with moss, plume, lace and fortification and a few nice pieces of jasper. 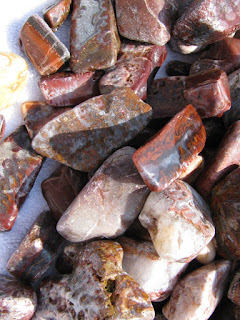 We will now grade them as gem, specimen or general. The latter we put in genuine bait bags found on the beach and sell for $10 a bag (about 2 pounds) and the buyer gets to choose a specimen piece as well.
The next batch will include the agate we have found at Gulliver's Cove and there will be some really nice crazy lace agate in there.
If you are in the area and the open sign is out, drop by and say hi.
Enjoy your summer!
Posted by Peter Turner, lapidary at 07:38